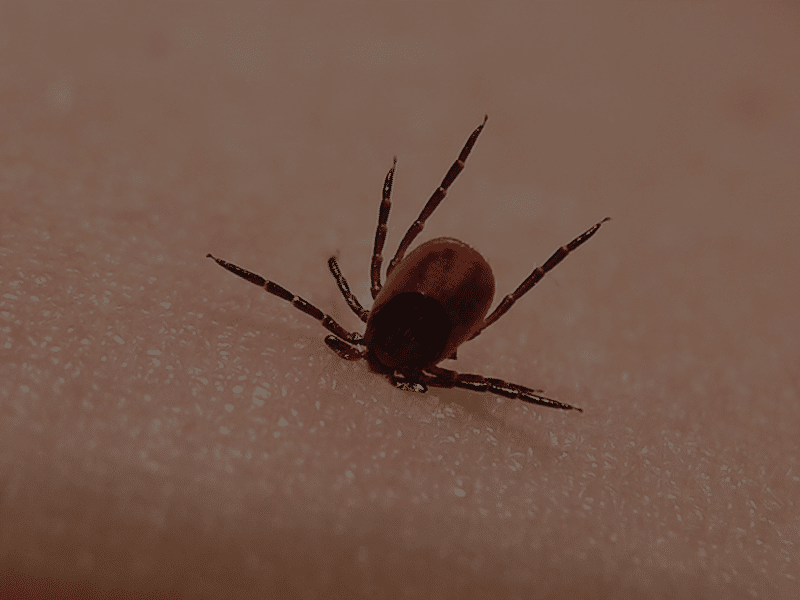 Bacteria is most commonly transmitted by the blacklegged tick (or deer tick). Not all tick species carry the bacteria and you can only get Lyme disease if one of these infected insects bites you. According to the Centers for Disease Control and Prevention (CDC), “There is no credible evidence that Lyme disease can be transmitted through air, food, water, or from the bites of mosquitoes, flies, fleas, or lice’’.

The disease is difficult to diagnose because symptoms seem to indicate other conditions such as arthritis, chronic fatigue syndrome, fibromyalgia, amyotrophic lateral sclerosis, attention deficit hyperactivity disorder, or Alzheimer’s disease.

The CDC estimates about 300,000 cases of Lyme disease are diagnosed in the United States each year, about 10 times more than those officially notified.

Places with most incidences of bites reported within the United States are the northeastern states, from Virginia to Maine; the north-central states, mainly Wisconsin and Minnesota; West Coast, mostly in the northwest.

The disease got its name in 1975 with its first diagnosis in the city of Old Lyme in Connecticut. In the beginning, it was thought the condition was Lyme arthritis, but in 1977 researchers found a link to the black-legged tick.

The bacteria that transmit Lyme disease can exist without iron, unlike other living organisms that require the production of proteins and enzymes. The B. burgdorferi uses manganese instead of iron, thus avoiding immune system defenses, destroying pathogens by starvation due to iron deficiency.

The tick must remain attached to your body for a period of 24 to 36 hours to transmit the bacteria to your blood.

Symptoms vary according to the phases and can start days or weeks after infection. Phase 1 symptoms are:

Phase 2 symptoms may appear weeks or months after the bite. These are:

Phase 3 symptoms can happen months or years after the bite, which means that the bacterium is spread throughout the body. The signs are:

It is not easy for a doctor to give an accurate diagnosis because Lyme disease can be confused with the symptoms of many other conditions. However, a skin rash around the area of a tick bite is an indicator. In order to obtain a better Lyme disease diagnosis, the doctor will rely on laboratory tests.

A blood test is necessary to determine the presence of antibodies. It is more effective if carried out a few weeks after infection.

Enzyme-linked immunosorbent assay (ELISA) detects antibodies for B. burgdorferi. However, ELISA can give false positive results so you cannot rely solely on this test. In fact, it may not be effective when the condition is in its early stages, although the skin rash is a reliable diagnostic indicator, especially if the person lives in an area infested with ticks.

Two other antibody tests have been approved by the Food and Drug Administration recently. Prevue B consists of a diagnostic test that can give results within an hour; the C6 Lyme peptide ELISA is very sensitive and specific. If the result of these tests is positive, a Western blot test is run to confirm the diagnosis.

When this disease is in its initial stage, blood test results may be standard. If the patient with Lyme disease is treated with antibiotics during the early phase, the body cannot produce enough antibodies, so detection will fail in the blood test.

When infection has spread, Lyme disease enters phase 2. The doctor can order tests such as echocardiography, electrocardiography and magnetic resonance, and could include a spinal tap to examine cerebrospinal fluid.

A person recently bitten by a tick or when Lyme disease is in phase 1 can receive an antibiotic dose. The circumstances may be:

Antibiotics can be used for 10 days or four weeks, according to the drugs administered. Anyone bitten by a tick must be under medical observation for about 30 days to check for symptoms.

Early diagnosis is best. Take precautions to avoid a tick bite. Be careful in warm weather. If you are a hiker or like to walk in the woods, wear light-color clothing; it will make it easier to see a tick on your body. Also apply insect repellent regularly.