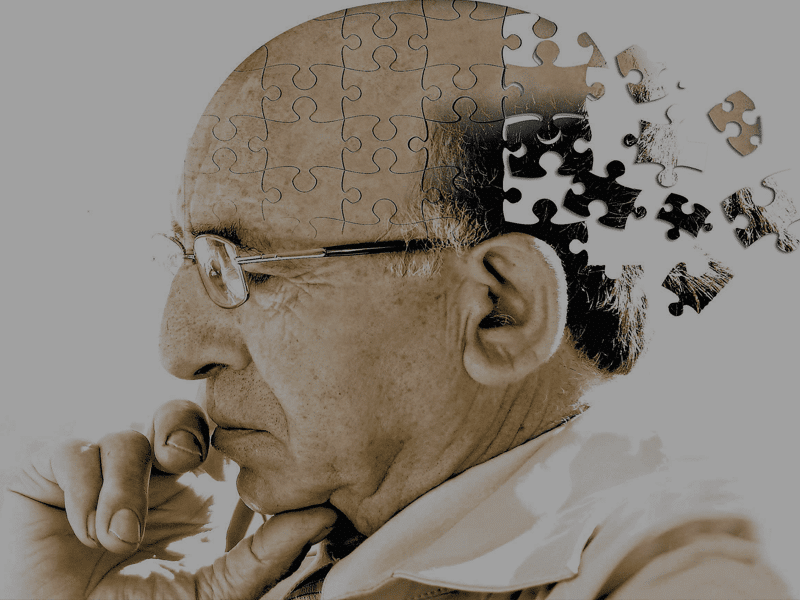 Alzheimer’s disease transforms the very being of a person. It disorients and confuses the mind. Alzheimer’s is a variety of dementia that affects the brain, diminishing intellectual functions, leading to memory, thinking, behavior and character problems. People who experience this disease suffer a total change in their personality tend to become depressed or irritated. They stop being able to follow directions, and become confused and disoriented in time and space.

In the initial stages of the disease, patients with Alzheimer’s can feel lost despite being in familiar places; judgment gets affected and they may not know who they are. The Alzheimer’s is a progressive and degenerative disease that, over time, makes it harder to perform daily activities. It is an irreversible and incurable condition that was first defined in 1907 by the German physician Alois Alzheimer. It gradually destroys neurons in the brain which communicate information to the body.

The two conditions are not the same. Dementia refers to the loss of mental capacity, where the primary functions of behavior and knowledge of the world are impaired. A person with dementia may hallucinate, believe they are in another time or talk to people who are not there. Its causes may be old age or diseases such as Parkinson’s, Pick’s disease, Down syndrome, tumors or vascular dementia. Alzheimer’s is the most common cause of dementia.

Some forms of dementia can be treated. Although there is no cure for Alzheimer’s, it is possible to control with drugs and non-drugs treatments. A patient diagnosed with Alzheimer’s can expect to live up to another 10 years.

The Brain and Alzheimer’s

The brain executes tasks through individual cells; the brain contains about 100 billion neurons with more than 100 trillion connections. That dense network of communication is known as the neuron forest in which the basis of memories, thoughts and feelings are formed. Neurons are a type of cells that Alzheimer’s destroys.

Alzheimer’s disease intervenes and changes the entire brain, causing the death of neurons and the loss of tissue. So, over time, the brain decreases in size, affecting all its functions.

It is not known what precisely causes the death of cells and the loss of tissue, but the formation of plaque and tangles are the main culprits.

Changes in brain activity can begin 20 years before diagnosis. Medical tests cannot detect symptoms, and plaque and tangles start to form in areas involved with learning and remembering, thinking and planning.

This stage can last from two to 10 years. Plaque and tangles begin to inhabit the area of the brain critical for memory, and develop even more in the area that affects thinking and planning. Memory and reasoning problems occur and interfere with work and social life. People in this stage become confused and may have problems managing money, expressing themselves and organizing their thoughts.

At this stage, it is possible to diagnose Alzheimer’s disease. Plaque and tangles begin to invade areas of the brain used to speak and understand speech, and for awareness of surrounding objects. As this stage develops, personality and behavior changes occur, and recognition of friends and family fails.

By this point, the damage in the cortex is too much. The brain shrinks dramatically. Patients lose the ability to communicate, recognize family and loved ones, and are no longer able to take care of themselves.

Uncountable studies made to understand Alzheimer’s discovered that many factors influence in the beginning and progress of the disease. And, genes do play a quite important role there. There are two types of Alzheimer that help to see its genetic origin:

Alzheimer’s disease is a health crisis of one person. However, it is still a family problem. When diagnosed with this condition, offspring and close relatives are more likely to develop the disease. If a close relative gets an Alzheimer’s diagnosis, there are tests people may take to discard the chances and habits that they may adopt to lower the possibility of developing Alzheimer’s.