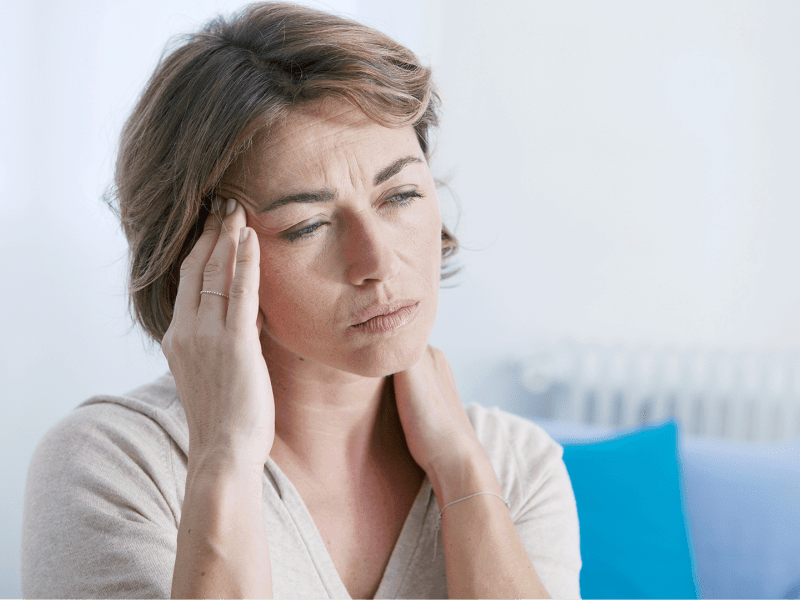 Migraine or Headache?
Headaches, one of the most common nervous-system disorders, range from uncomfortable annoyances to debilitating. Because of their dubious symptoms, headache disorders are under-reported and under-treated. Four types of headache disorders are recognized by the World Health Organization (WHO): migraines, tension headaches, medication-overuse headaches, and cluster-headaches. Migraines are the most severe of these disorders and are ranked the sixth most disabling illness in the world. The disorder can greatly affect your daily life. So how do you know you are not just experiencing a headache? Migraines are accompanied by severe symptoms such as blurred vision, nausea, vomiting, dizziness, sensitivity to light and sound, and numbness to the appendages. Of those who suffer from migraines, about 25 per cent experience an effect called an aura, a visual disturbance that lasts for less than an hour.

Tension Headache
• the most common headache disorder.
• 70 per cent of the population experiences tension headaches.
• Stress-related or musculoskeletal problems in the neck.
• Tightness or pressure band around the head.

Migraine
• Mostly affects ages 35-45.
• Caused by pain-producing inflammatory substances in the nerves and blood vessels in the head.
• Often times are life-long conditions.
• Nausea most frequent symptom.
By the numbers

Treatments
Treating migraines faces two major barriers. The first roadblock is awareness. Only 40 per cent of migraine sufferers worldwide are professionally diagnosed.
Proper diagnosis goes hand in hand with the second issue, which is education. According to WHO, on average only four hours are dedicated to headache disorders in undergraduate medical education. Headaches are often not regarded as serious disorders in the public sphere, but can impede quality of life.

Medication
There are several ways offered to treat migraines. Drugs are used to change the way your cells function. Pharmacies offer two types of medicine to treat the disorder:
• Acute medicine – used to treat symptoms when they begin.
• Prophylactic medicine – used to prevent the onset of migraines.
Single-pulse Transcranial Magnetic Stimulation (sTMS)

Medications are not right for all migraine sufferers. sTMS is a device that contains a magnetic pulse. The pulse induces a current on in the brain that is believed to interrupt the brain activity causing the migraine. This is a relatively new treatment that should be used only under the recommendation of your neurologist.

Acupuncture
Acupuncture is an ancient Chinese technique that uses a solid needle on the body as a therapeutic treatment tool. It is now practiced by alternative medical professionals in the West. Acupuncture works by targeting the affected nervous system with needles. Most studies of acupuncture treatments have been on the use of the practice as a preventative measure.

Coping Strategies
There is no cure for migraines, only treatments and methods to cope with the disorder. Sleep is important for brain function but there is still much research to be done on how much or little affects migraines. Some recent studies have shown that exercise in moderation can reduce both the frequency and severity of migraines. It is important that you follow some simple steps before working out, as exercise can
trigger migraines.
• Eat before working out.
• Drink a sufficient amount of water.
• Ease into diet and workout plans; extreme changes can be a trigger.