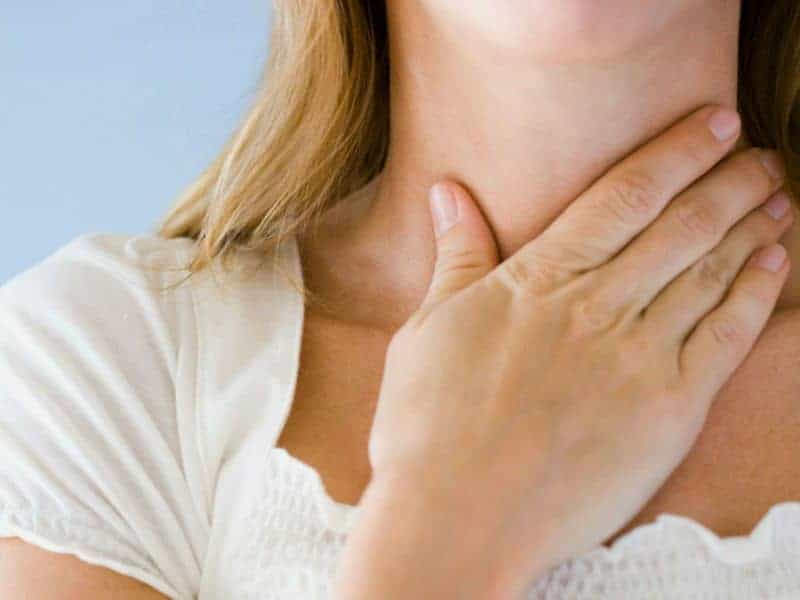 What is Strep Throat?

We have all experienced uncomfortable symptoms of a sore throat. Most of the time we must grin and bear it, because sore throats are caused mostly by viruses and are untreatable. Strep throat is a class of sore throat that occurs in the tonsils and is caused by a bacteria called group A streptococcus. It is very infectious, but is easily treated with antibiotics.

Strep bacteria, or group A streptococcus, live inside of the nose and throat and spreads through droplets of water known as respiratory droplets. When someone coughs or sneezes, respiratory droplets are exhaled and become a risk to others if breathed in or transferred by the hands. Drinking from the same glass or eating from the same plate as someone with strep throat puts you at a high risk of becoming infected. Another way group A streptococcus spreads is by touching sores caused by the illness impetigo. It takes from two to five days after exposure to strep bacteria for someone to become sick.

Who is at Risk?

Strep throat is much more common among children than in adults. According to the Centers for Disease Control and Prevention (CDC):

As with colds, the time of year can affect the risk: winter and early spring are common seasons for strep throat infections.

How do you know if you experiencing a common cold or virus, or strep throat? The signs of strep throat can vary from mild discomfort to pain. The CDC lists the following symptoms:

• Sore throat for longer than a week.
• Pain when you swallow.
• Fever; a temperature higher than 101ºF.
• Swollen, red tonsils.
• White patches or pus on the tonsils.
• Tiny, red spots on the roof of the mouth.
• Swollen lymph nodes on the front of the neck.

These are easily identifiable symptoms, but there are others you might not immediately associate with a throat illness. Other symptoms that show up mainly in children include:

Because of the very infectious nature of the group A streptococcus bacteria, it is important to get tested for strep throat right away. The test is quick and easy. In order to diagnose the infection,
the doctor will take a culture sample by swabbing the throat. If the test comes back positive, the doctor can prescribe an antibiotic. In some cases, the test can come back negative, but the doctor
might still suspect the patient has strep throat. This requires a longer testing process. A throat culture swab will be taken to see if the group A bacteria grows. It is important, especially with children, to get the right diagnosis the first time around. If strep throat is left untreated, children are at risk of developing rheumatic fever, which causes inflammation in the blood vessels, heart
and joints.

This diagram from the CDC shows what to look for when diagnosing strep throat. Treating Strep Throat

Strep throat treatment is quick and easy. The bacteria that causes it can be eliminated with either penicillin or amoxicillin. Tell your doctor if you are allergic to penicillin because other antibiotics can be used. According to the CDC, patients can expect to start feeling better after two days of taking medication. Quarantine yourself for at least 24 hours after taking antibiotics to reduce the risk of spreading bacteria to others. Consult a doctor about medication.

Take steps to prevent getting sick. Simple hygiene practices can help ward off group A strep. The CDC outlines these practices:

• Wash your hands often and consistently, especially after you cough or sneeze.
• Wash your hands with soap and water for at least 20 seconds.
• If you don’t have soap or water available, use an alcohol-based hand rub.
• Cover your mouth and nose with a tissue when coughing or sneezing.
• Throw used tissue into the trash.
• If you need to cough or sneeze and don´t have a tissue, use your upper sleeve or elbow. Do not cough into your hands.
• Do not share glasses, utensils or plates, until they have been washed thoroughly – with someone who is sick.