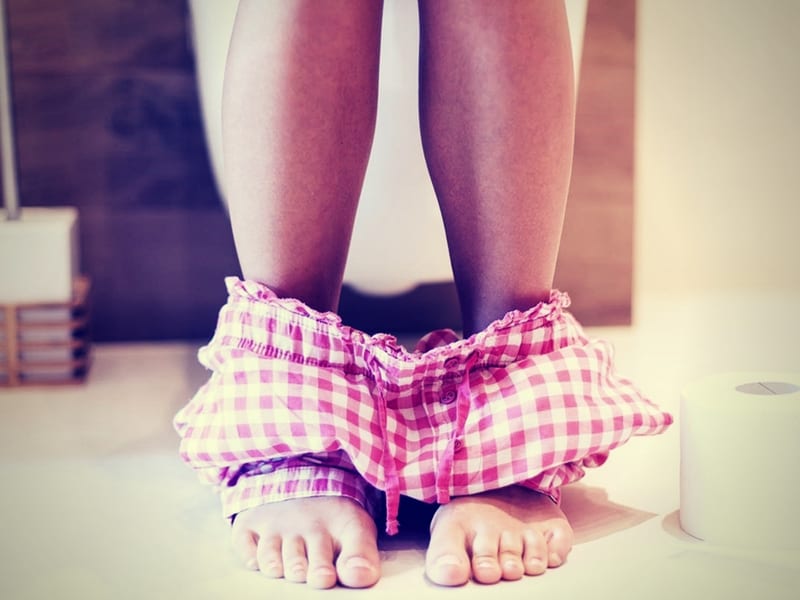 Diarrhea is defined by the World Health Organization (WHO) as the passage of three or more loose/liquid stools a day (or more liquid stool than is normal for said individual). Fully formed stool, even when occurring frequently, does not constitute diarrhea. Diarrhea can last for anywhere from two to three days to several weeks, in which case you should contact your healthcare professional. This illness is usually caused by an infection in the intestinal tract, ignited by a mix of bacterial, viral and parasitic organisms.

WHO lists the following as the most common causes of diarrheal diseases:

The main symptoms of diarrhea beyond loose stool can include:

Chronic Diarrhea
Chronic diarrhea, classified as malabsorption or inflammatory, comes out mostly as watery. The primary causes of chronic diarrhea are impaired digestion of fats as a result of low pancreatic enzyme levels, or impaired absorption of fats due to small-bowel disease. Both conditions impede the body from processing fat. The first cause of chronic diarrhea is usually caused by a chronic pancreas injury. Alcohol is the most common cause of pancreatic injury in the United States. The second condition, caused by problems in the small bowel, is most usually caused by celiac disease, the most common small-bowel condition in the U.S. If you see blood in your diarrhea, seek medical attention immediately. Chronic bloody diarrhea could be a sign of inflammatory bowel disease (ulcerative colitis or Crohn’s disease).

According to the CDC, an estimated 30 to 70 per cent of travelers get travelers’ diarrhea (depending on location and season). Travelers’ diarrhea is most commonly caused by bacteria in the food and water, along with poor hygiene practices, in restaurants. The CDC lists three destination risk groups:

To lower the risk of getting travelers’ diarrhea the CDC recommends taking bismuth-containing antacid medicine, reported to decrease the occurrence of travelers’ diarrhea by 50 per cent. This type of medication is not recommended for pregnant women or children under three years old. Talk to your healthcare professional for medication recommendations before traveling. The CDC also recommends safe hygiene practices:

How to Stop Diarrhea
There are many ways to treat diarrhea depending on the cause and severity. In milder cases, it is possible to opt for home remedies and wait a few days for the diarrhea to clear. These tactics include:

In more serious cases, such as chronic diarrhea, doctors might prescribe medication. Your healthcare professional will have to identify the cause. In cases caused by bacterial and parasitic infections, your doctor may prescribe a treatment to target the infection. Diarrhea can be caused by other conditions, in which case you might be given medication for said ailment.

When Should you see a Doctor?
While there are many at-home remedies to help clear mild diarrhea, it is important to know when it is time to seek help. The National Institute of Diabetes and Digestive and Kidney Diseases (NIDDK) lists the following symptoms of when you should see a doctor: