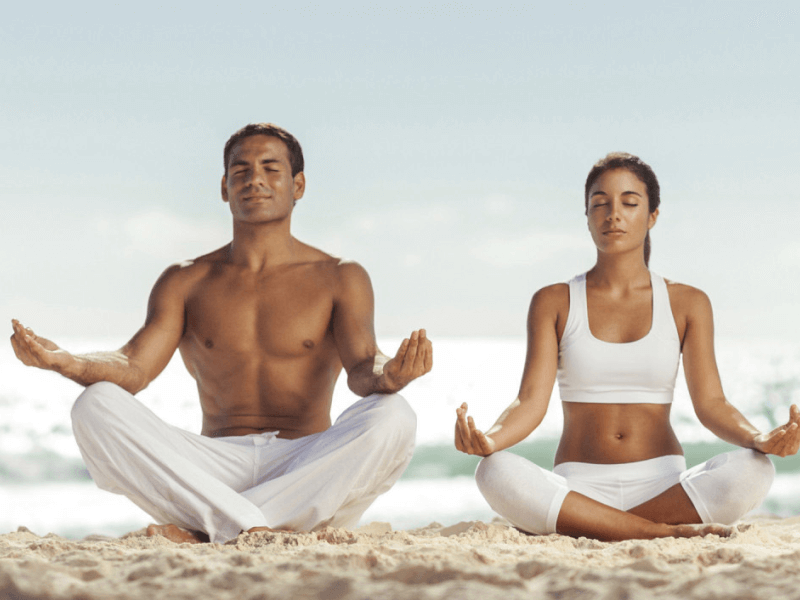 Yoga as a Mental Health Tool

Yoga: an overview
Yoga has become a mainstream workout method in many gyms, but the practice is an ancient one with roots in India. The exercise is a philosophy that combines postures, breathing techniques and works in meditation. There is no singular form of yoga and it is performed in several different styles. The most common yoga style in the West is Hatha yoga. The Hatha category includes Ananda, Anusara, Ashtanga, Bikram, Iyengar, Kripalu, Viniyoga, and some others.
Yoga is a calming practice that goes hand in hand with meditative practices. Scientific studies usually discuss the exercise as a low-impact way to reduce physical ailments and improve functionality. A study funded by the National Center for Complementary and Integrative Health (NCCIH) found that 90 per cent of people with chronic lower-back pain felt significantly less pain after six months. The study not only showed improvements in lower-back pain but with depression. According to a study by Sherry A Glied, PhD, at Columbia University, and Richard G Frank, PhD, at Harvard Medical School, the rate of diagnosed mental illnesses doubled among adults 65 and older and by 60 per cent among adults aged 18 to 64.

Yoga as a mental health treatment option
Pershing Square professor of Global Health, Vikram Patel, said that yoga has seen an increase as a method for mental health care, for those who seek non-pharmacological options. While you doctors may recommend pharmaceuticals they may mention yoga as an assisting treatment for one of the following mental health disorders

Depression
Depression is very common mental health disorder. According to the World Health Organization (WHO), more than 300 million people from all age groups suffer from depression. Untreated this disorder can lead to suicide. Effective antidepressant medications have been shown to treat the symptoms of depression. However, studies show yoga can yield positive responses as a treatment for the disorder. Although yoga has not been cited as a replacement for anti-depressants, it was shown to improve mood when used as a complementary treatment.

Stress
Stress is a phenomenon that takes on physical symptoms in the body, sometimes referred to as ‘fight or flight’. Irritability and anxiety are common features but physical manifestations can include headaches, muscle tension, insomnia, and overeating. Studies have shown that Hatha yoga can reduce stress and combat self- esteem issues. A 2005 study conducted a three-month intensive yoga program as a stress reduction treatment. The women showed reduced mental and psychological stress symptoms.

Post-Traumatic Stress Disorder (PTSD)
PTSD is a disorder that stems from a traumatic event. Fear is a natural reaction that protects the body from danger, but we typically bounce back from the initial trauma after a scary event. PTSD is a diagnosis given to those who continue to experience these initial symptoms when triggered. Symptoms lasting longer than a month are categorized as PTSD. This trauma-related disorder is a physiological response in the body, and although much of it cannot be controlled, studies have been done on how the respiratory response, or breathing, can be controlled through yoga. Controlled breathing through Pranayama yoga can positively influence the heart rate.